This article was printed in the Yorkshire Business Insider on 1 June 2017.

Along with a selection of other prestigious local businesses, our own Emma Dodsley contributes to this thought provoking round table discussion. 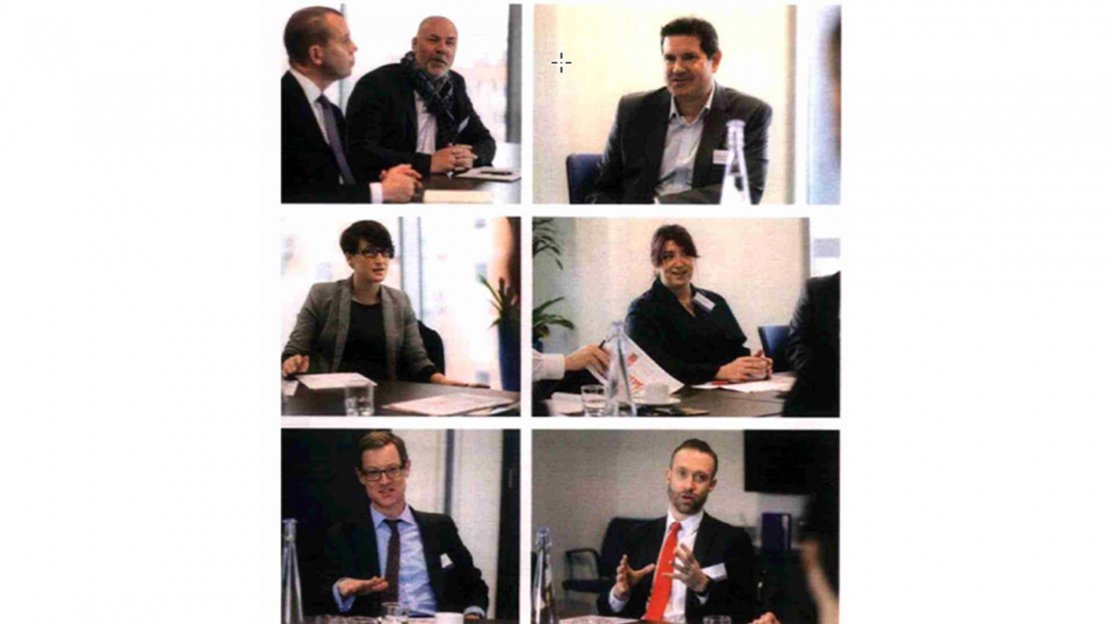 Creating a productive and engaging environment is about much more than desks and chairs. Isn’t it?

Most people in the region have an overwhelming sense of pride in their workplace and office occupiers are beginning to realise the importance of having pleasant workspaces to retain staff.

Responders to Insider’s Workspace Survey, conducted in partnership with Dyson, said they had invested a great deal of effort, time and money in their work environments. However some still claimed their workplace was “scruffy” and “overcrowded” and “crying out for refurbishment”. Only a minority of respondents rating their workplace lighting, air quality and hygiene as excellent.

To discuss the survey findings, Insider brought together leaders from a variety of sectors within the office market at the offices of Ward Hadaway in Leeds.

Some companies are guilty of overthinking an office move or revamp. For Nigel Sikora, Director of Chameleon Business Interiors, understanding the client brief is crucial. “You can get into having excessive furniture, or designs that are over the top”, he said. “We should be thinking of function over form.”

Law firm Addleshaw Goddard has been involved in two office moves, in Leeds and Manchester.  Bruce Lightbody, real estate partner said: “We looked at everything from location to fit-out, and while you can over-think it, a lot of science goes into it.  There is a lot we don’t know so we have to rely on the professionals to tell us what has and hasn’t worked.

While you can get a sense of what staff want, they don’t often know what is possible. One of the biggest challenges is that the way people want to work changes so rapidly now that it is difficult to keep up. You have to try and future-proof your office.”

“One potential trap is getting stuck on buzzwords”, said Emma Dodsley, Sales and Marketing Director of Ben Johnson (Interiors). “For example, people say they want to adopt “agile working” and have an office that works in that culture. The starting point should be seeing whether that is appropriate for their business.”

Deborah Hetherington joined Ward Hadaway after its move to Wellington Place, though the impact has been discernible for someone who wasn’t in the previous building. “I hear how the natural light has made such a difference”, she says. “We have floor to ceiling windows which makes a huge difference. The new office is more conducive to a more positive environment and that means we have happier people.”

Mike Smith, Business Development Manager for Great Britain and Ireland at Dyson Professional, highlighted a survey the company had done which showed people above the age of 50 need four times as much light as someone who is 20 years old. “We now sell lighting, fans, de-humidifiers and air quality purification”, he says “but we’re not here just to flog some products. For me what is really interesting is that we’re trying to find out what companies actually want from developing technology solutions.”

Dodsley highlighted simple elements such as carpets, desks, partitioning and lighting. “The core elements are the same but how you use them is critical”, she said. “The same materials in a different specification can make a significant difference.”

Lightbody from Addleshaw Goddard said a buzz had been created in the office moves he had been part of. “The new furniture and an open plan nature means we can see each other more. Creating that “buzz” has been one of the most important things.”

From Victor Manufacturing, Finance Director Steve Gordon said: “We could have kept our old furniture but for a couple of hundred quid per person we have been able to make a real statement.  You can go for “cheap” but it is worth spending a little more to make it a really nice environment rather than just OK. People really appreciate it.

Neil Wells explained how IT@Spectrum’s new office has enabled the physical merging of two sister companies and helped the firm develop a “live” showroom. He said: “We were very cellular and each area of the business was segmented and we had a big showroom on the ground floor but our new office is a living showroom.

When we looked to develop our new space it presented an opportunity to bring two businesses together under one roof and we have created our office to be a showroom in itself – what better way to show our customers what is possible than actually living and breathing it?  Our document management, intelligence capture and data visualisation is there for all to see. The physical space has changed the way we work and how we sell our products and services.”

Dodsley agreed: “An office refit, or refurb or new office is a great opportunity to bring about cultural changes. Even simple things – you can change the amount of storage space you have.

But legislation and science and technology are driving other changes too, said Dodsley, who said there were several White Papers looking at disability and changing the way an office must function.

Balancing the demands and wishes of clients with budgets was a challenge, said Westwood. “We can take clients on journeys and we have to add value and understand what they want, but budget requirements are a critical part of that.”

Smith conceded that was a challenge for Dyson because “everything we do is based on the most technically advance solution or product possible. We have to balance aesthetics with functionality and cost.”

Referring back to the survey, Nigel Sikora said the top two findings were the want for breakout rooms and quiet thinking space. “This suggests people are wanting to run from the open plan spaces”, he said. “We tore all the walls down 20 years ago and there are great benefits: collaborative working; knowledge transfer; but there is a major downside – distraction.

“That reduces productivity considerably. You have the noise distraction and you have the visual distractions – people moving around in your peripheral vision.

“Other countries look at acoustics in much better ways than we do. There are very sophisticated and science-led solutions which should be considered alongside the cultural changes that companies are trying to make. The distraction distance can be upward of seven metres just based on someone talking on the phone.”